Credit to flik47 from 123RF Stock Photo for the picture

Ramallah Tour is a Private tour opportunity for anyone who seeks to explore the Palestinian side of the Holy Land.

Ramallah tour grants you the opportunity to explore Palestine’s most important city.

In addition, we will also visit the Christian village of Taybeh and the City of Rawabi – both located near Ramallah.

From Jerusalem to Taybeh

We Begin our day tour with a drive from Jerusalem to the village of Taybeh.

Taybeh is a Palestinian village located in the West Bank.

According to the Bible, Jesus, after Lazarus’ resurrection, retired with his disciples to Taybeh(John 11:54).

Jesus retired on a rocky hill which was situated 8 km from Taybeh towards  Jordan, in order to fortify his spirit, pray, fast, and expose himself to temptation.

It is the last all-Christian community in the West Bank

After arriving, we will proceed to the Church of St. George.

The original Church of St George was built by the Byzantines in the 4th century but later destroyed during the Muslim conquest.

Eight centuries later, the Crusaders had built a new church at the site of the older one but it was also destroyed.

The Church lies in ruins on the eastern outskirts of Taybeh, behind the Melkite church.

The church is also called “El Khader”- the Arabic word for the “Greater one”.

This was a name customarily given to Saint George.

In addition, we will visit the town’s famous Brewery and Winery.

Finally, after tasting the town’s famous beer and wine, we will embark on our 1-hour drive to the city of Ramallah. 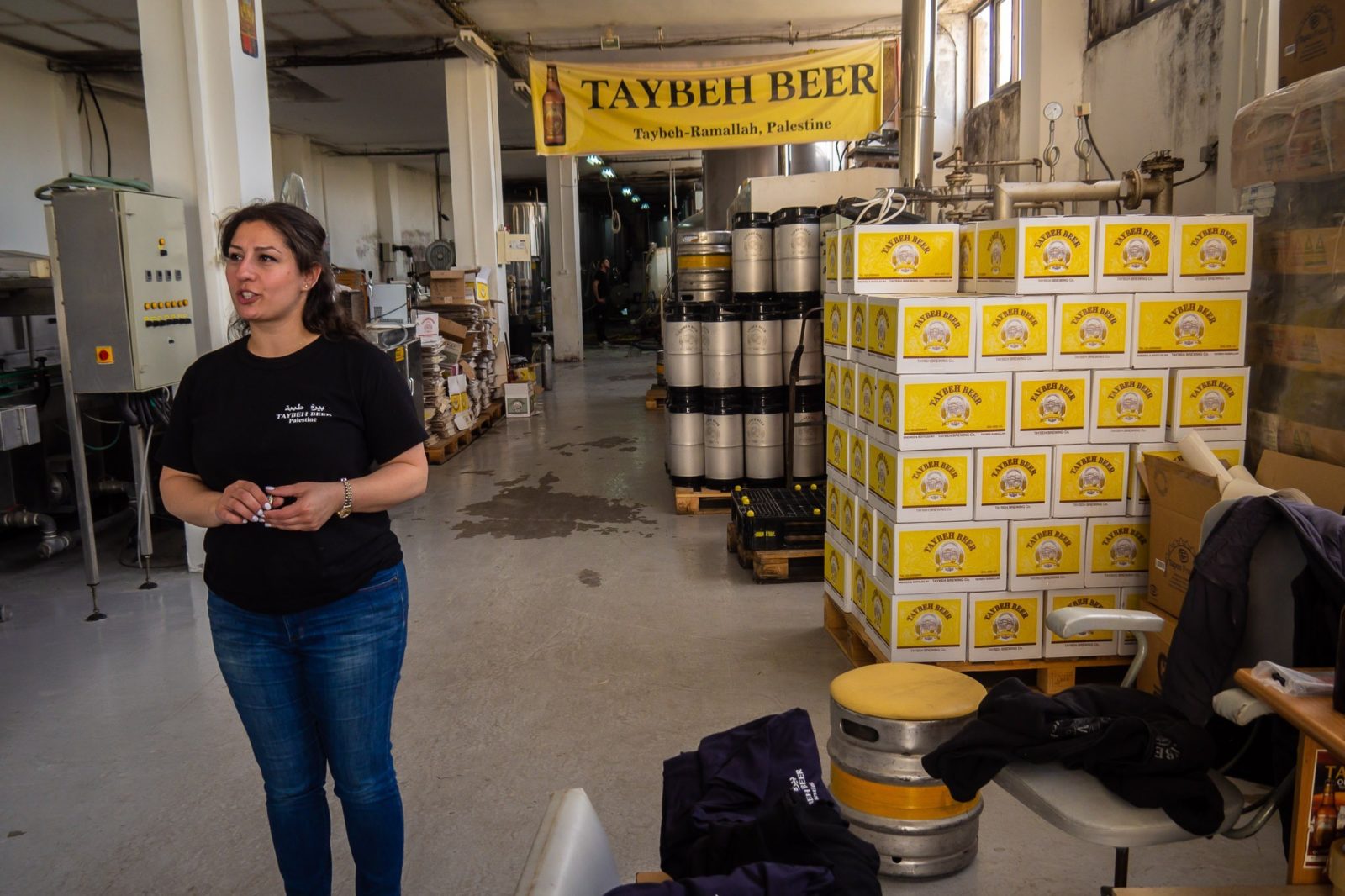 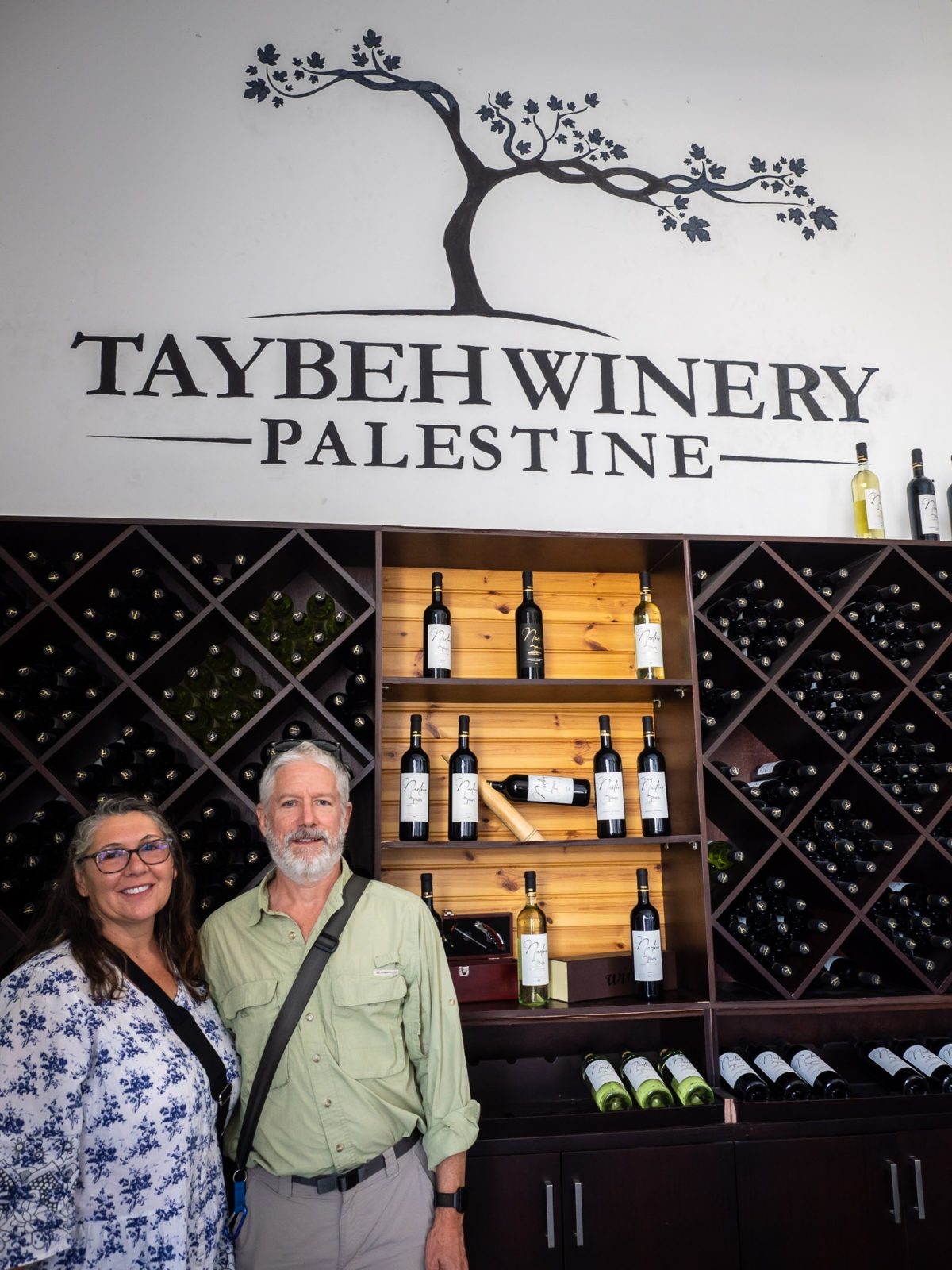 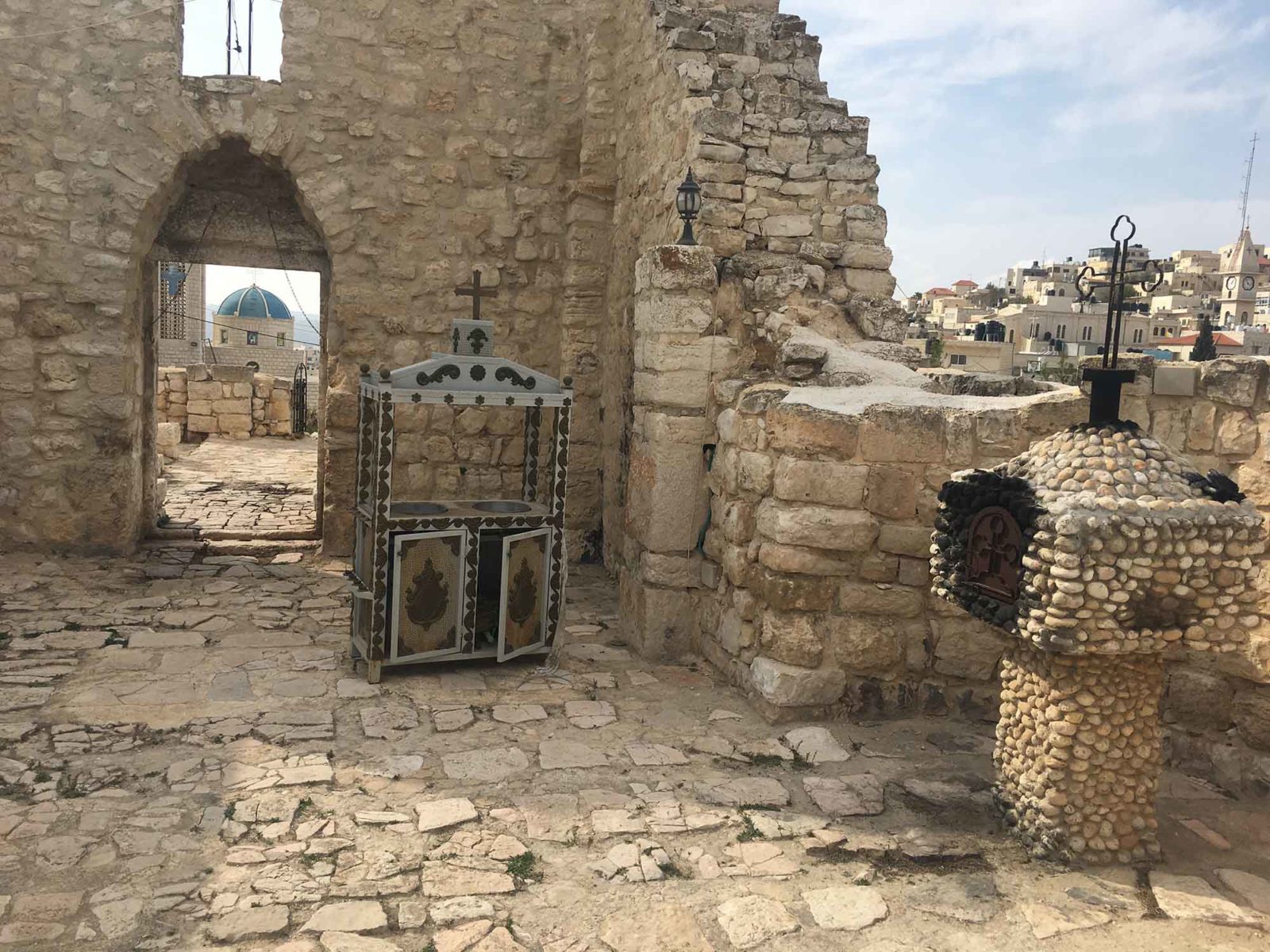 Arriving in Ramallah: Arafat’s Tomb, Museums and a visit to Rawabi

Ramallah is a Palestinian city in the central West Bank.

It currently serves as the administrative capital of Palestine and its the Home to the Palestinian university of Birzeit.

Ramallah was historically an Arab Christian with more than half Christian population until 1967.

As a result of Christian immigration, today Muslims form the majority of the city with Christians making up a significant minority.

Upon arriving we will visit The Tomb of Yasser Arafat, the first head of state of the Palestinian authority. 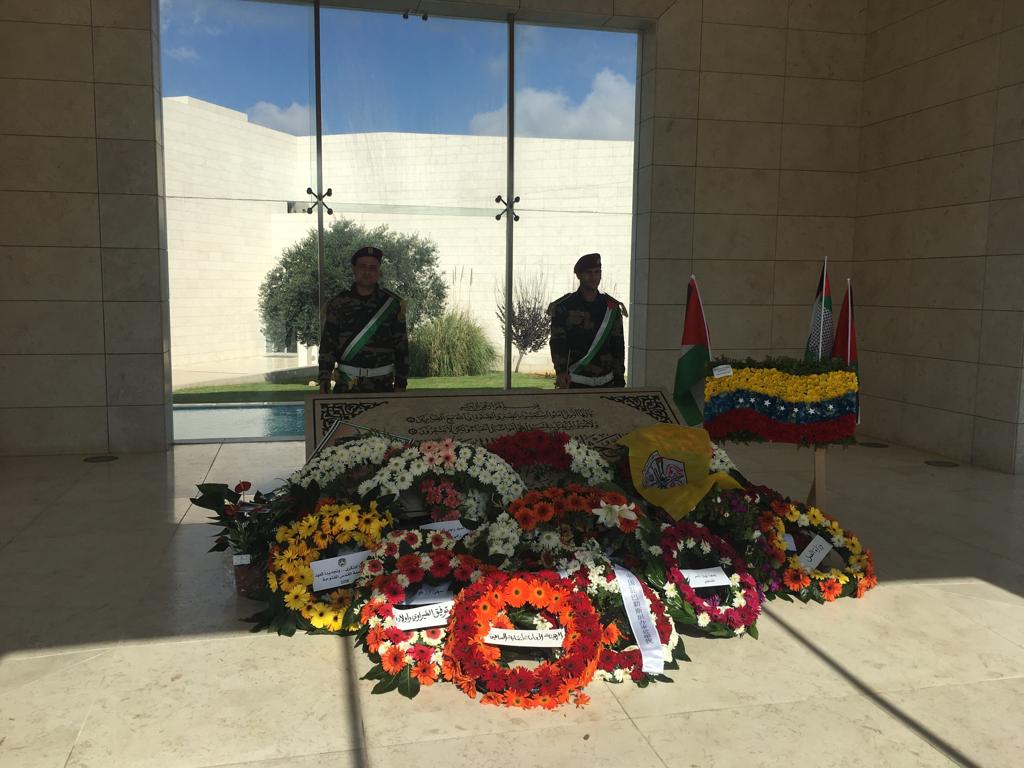 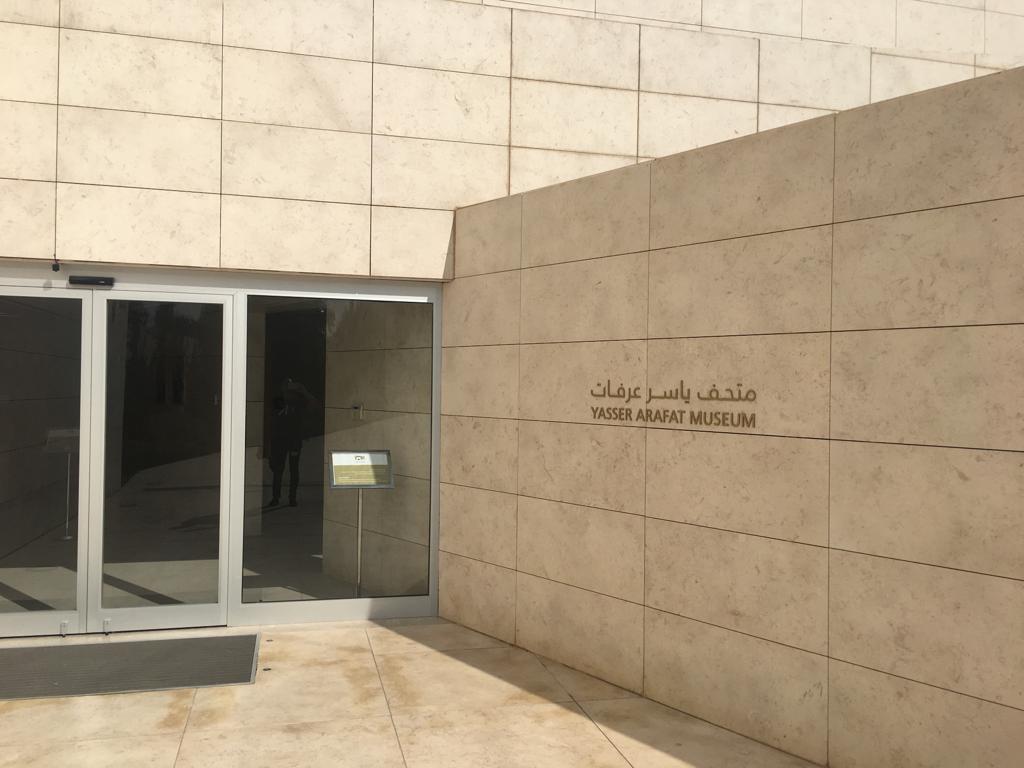 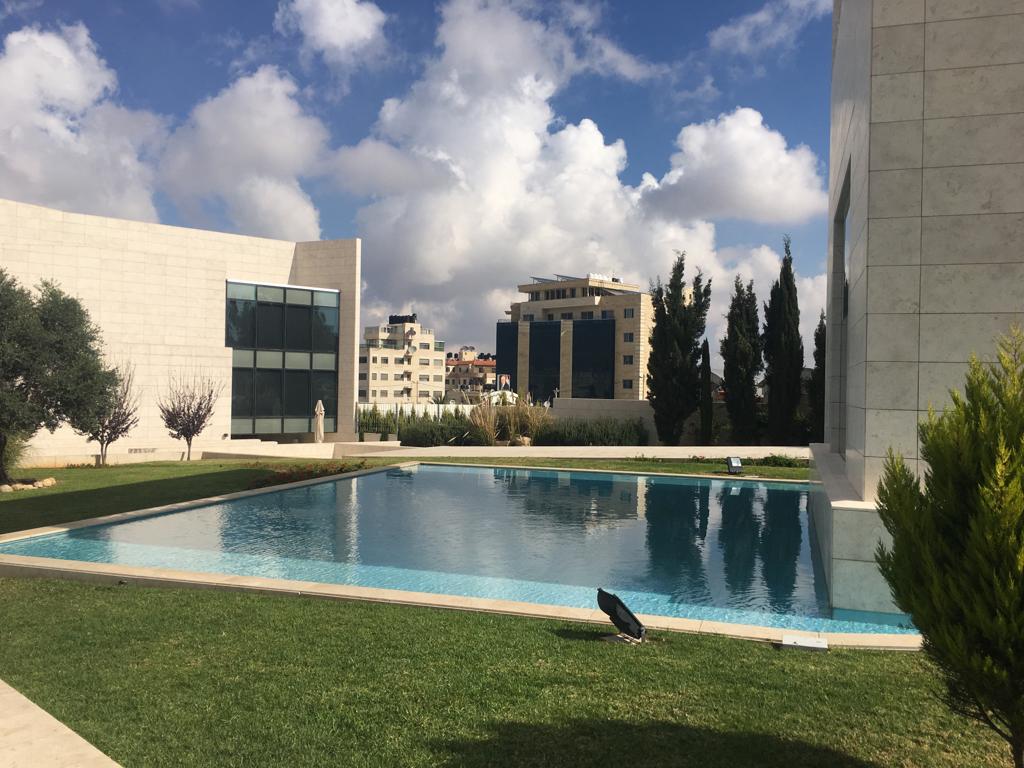 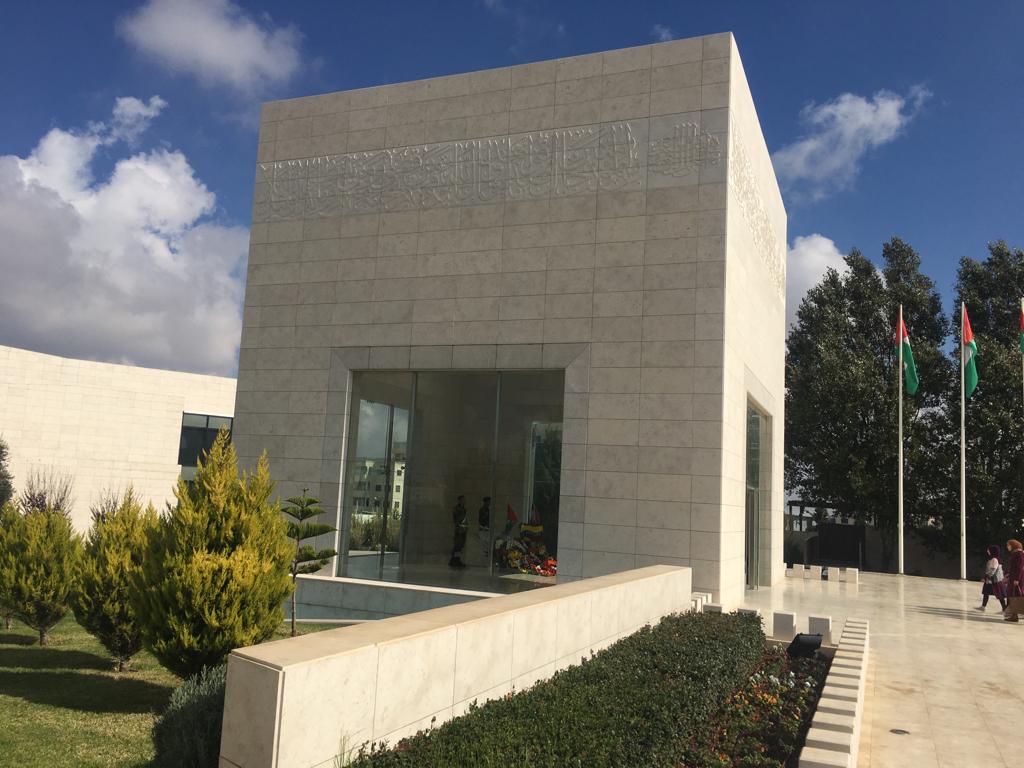 This national museum is named after the very famous Palestinian poet Mahmoud Darwish.

We finish our Ramallah Tour by visiting the city of Rawabi.

This city is located near Birzeit and Ramallah and developing each day.

The Construction on the city began in January 2010.

We will enjoy the city’s parks and its new Commercial Center which houses many international brands and shops within.

Many of the city’s attractions include the new soccer field, and Roman amphitheater girded by its honey-colored columns

Holy Land VIP Tours is one of the only few Private tours companies conducting tours both in Israel and Palestine.

This is due to the ongoing Palestinian – Israeli conflict preventing Israeli and Palestinian Passport holders to cross each one’s border.

Note that during tours in the west bank, you have to bring your passports in order to cross between the countries.

Our Christian guides are certified to conduct many west bank tours such as Jericho, Jenin, Nablus, and many others.

This way, you will discover the extraordinary life and culture of the Palestinians.

A visit to the west bank can also include the crazy nightlife of the city, smoking the water pipe (Shisha, hookah) as well as eating at the best local Middle Eastern food restaurants.