When visiting the magnificent city of Haifa, there are many notable landmarks you can not miss.

One of these is the Stella Maris Monastery – located on the north-west corner of Mount Carmel.

This church commemorates St Elias – a prophet from the old testament and under the altar of the church you can find a special cave that is associated with the prophet.

The church is under the administration of the Carmelite order.

Who are the Carmelites

The Carmelites are a Catholic order of monks, probably one of the oldest in the Holy Land, which commemorates Saint Elias(or Elijah in Hebrew).

He was a prophet and a miracle worker who lived in the northern kingdom of Israel during the reign of King Ahab.

The significance of St. Elias is revealed in the new testament as he appears, along with Moses, during the Transfiguration of Jesus. 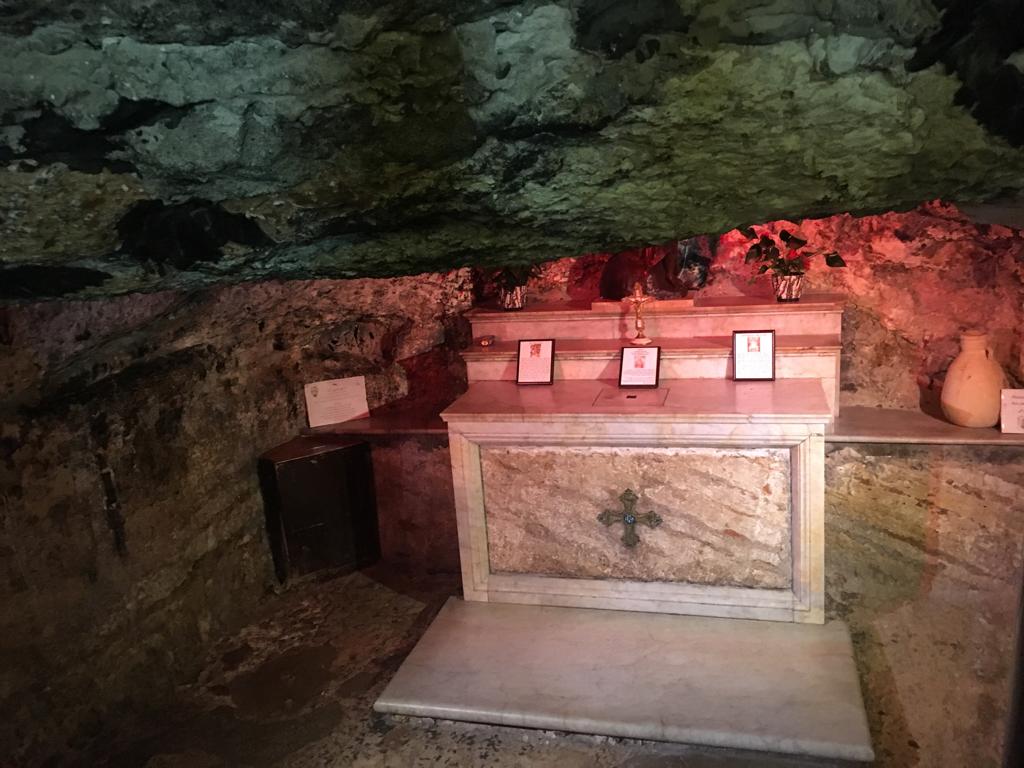 The Cave of Elias, which is located under the current Church, is the same place where the prophet Elias took shelter during a journey into the wilderness (1 Kings 19:8).

This was also the place where God talked to him.

The History of the Church

First Christian presence in the area can be traced to the Crusader rule of the region during the 12th Century.

In the early 13th century, their leader and prior (referred to in the rule only as ‘Brother B,’ although sometimes claimed to be either Saint Brocard or Saint Bertold) asked the patriarch of Jerusalem, Saint Albert, to provide a written rule of life for the group.

When Acre the capital of the Crusader Kingdom, fell in 1291 to the Mamluks, the Carmelites were forced to withdraw from the Holy Land.

In 1631 a discalced branch of the Order returned to the Holy Land and erected a small monastery on the famous Mount Carmel, but in 1761 they were forced to vacate it on the orders of the Ottoman Governor Zahir al-Umar.

They moved the location exactly above the Grotto of Elias, erecting a small Church and Monastery under the name: “he Abbey of St. Margaret”.

The monastery had also served as a hospital for French soldiers during Napoleon’s Campaign in the Middle East, and it was destroyed two decades later, on the orders of Abdullah Pasha – the Ottoman ruler of Acre.

The governor ordered a lighthouse to be constructed in his nearby Summer Palace.

It was built from the masonry of the old Church and Monastery, and stands to this day, although the entrance is prohibited.

Nevertheless, it provides a glorious panoramic view of the Haifa Bay – great for pictures during good weather.

The current church and monastery were built under the orders of Brother Cassini of the Carmelite Order and was finally opened to the public in 1836.

Today, it is known as “Stella Maris”, meaning Star of the Sea, and although for much of the 20th Century it was occupied by the military, in the end, it was handed back to the Order. 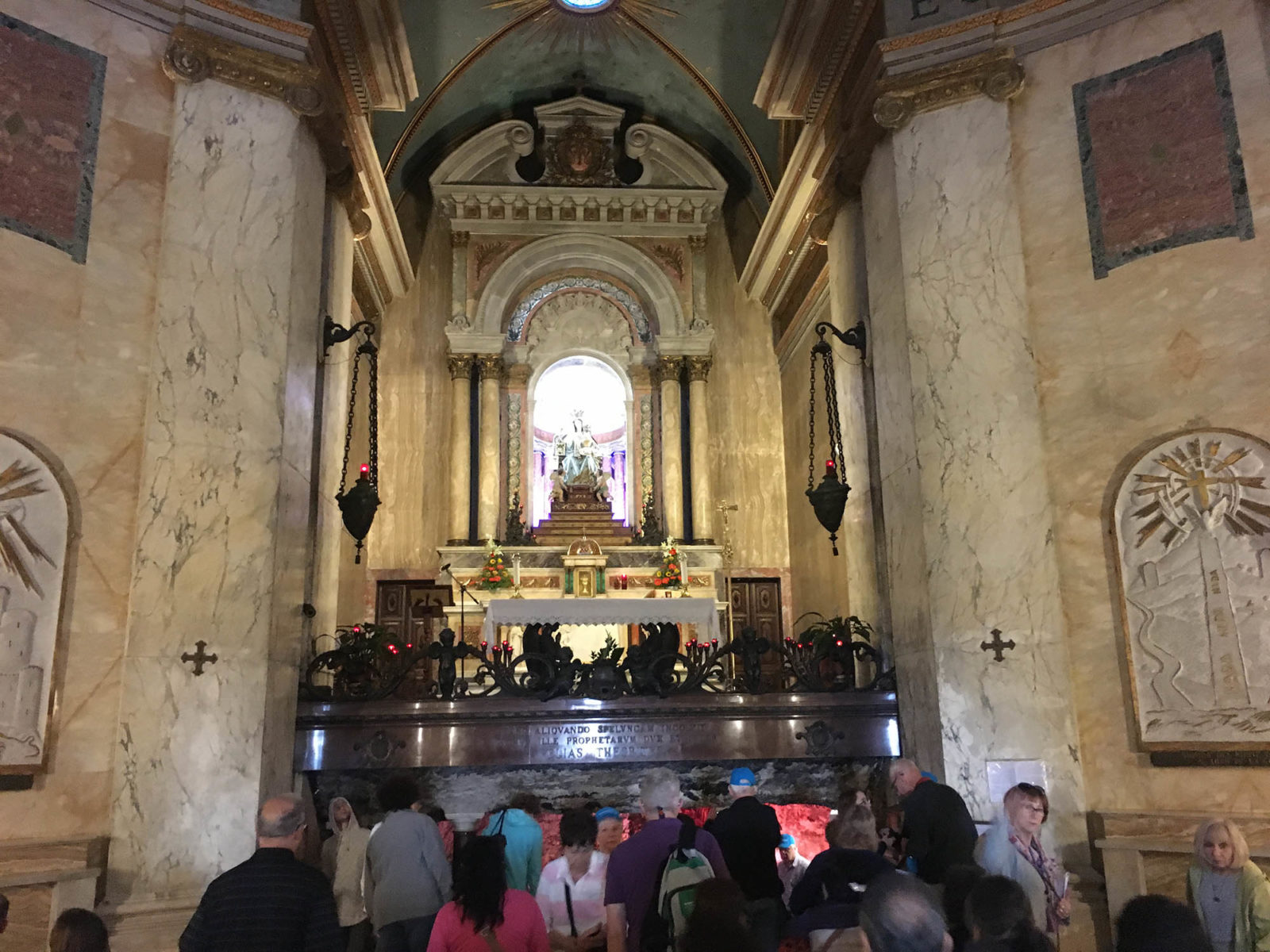 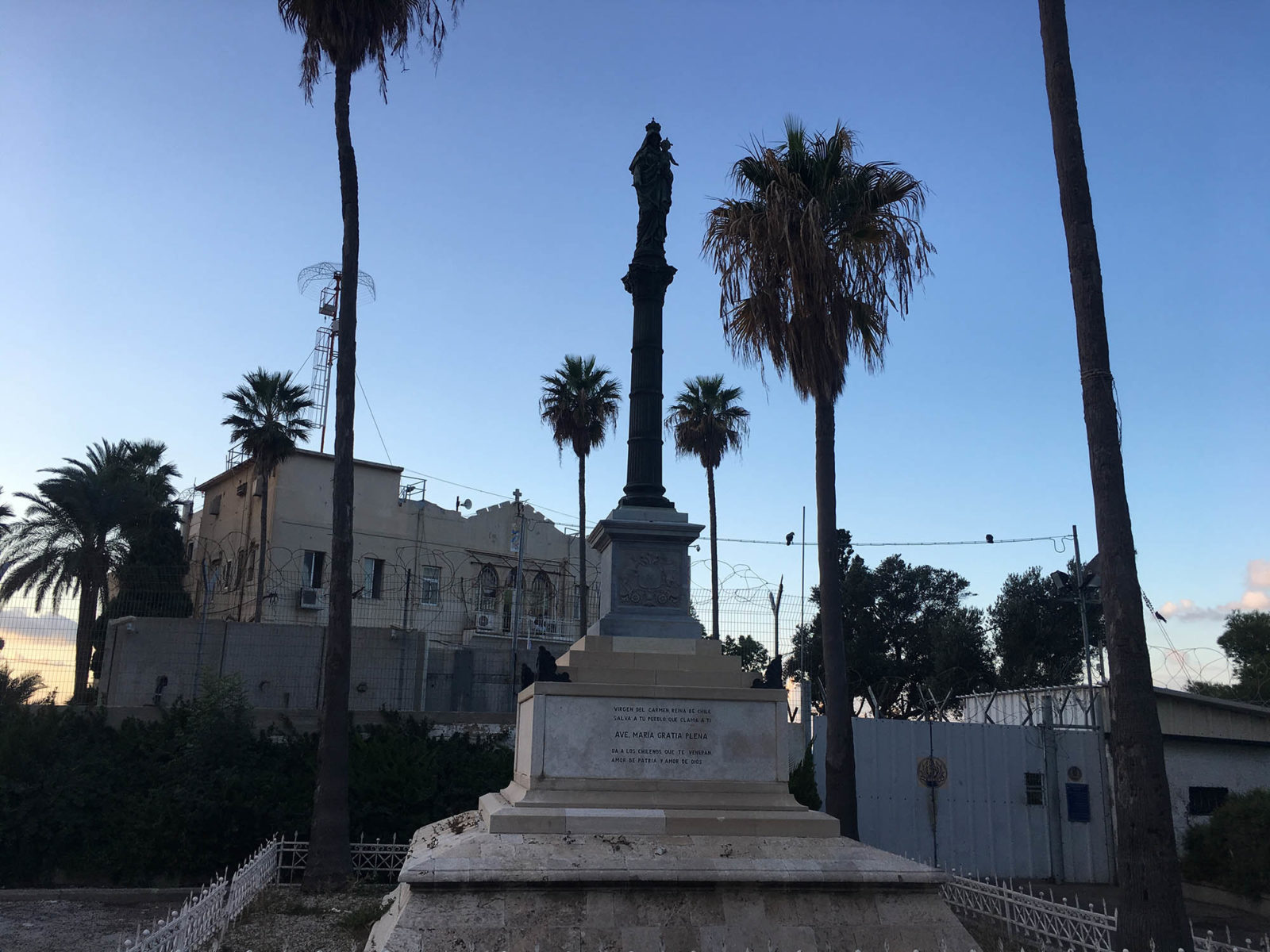